Your comments and views
are important to us.
Welcome to Creative Empowerment Arts Website

Briana Gobourne - 12th grade Runner Up
$500.00 College Scholarship Winner
Closer to My Dreams
Medium: Dance
I think of dance as a language; a type of communication to people through interpretive movements. Dance has been a passion of mine for many years so I thought it would be the most efficient way to express my personal journey. When I picked the song, the following lyrics immediately stuck out to me: "I'm getting higher and higher, closer to my dream" "Leaving all of my fears to burn down, push them all away so I can move on closer to my dream" "But you never chose to walk away". Everything that I have, everything I have experienced, and everything that I am as a person all comes from creating a goal, working hard, never giving up, and eventually achieving that goal.
Our goals and aspirations may seem sometimes "out of reach" or impossible, but everything is achievable with a strong work ethic, a hungry mindset, and perseverance. We may have to overcome obstacles to achieve our goals, but God would not put us through anything that we could not handle; he always has a solution. This dance to me represents overcoming fearful obstacles through diligence, and therefore getting one step closer to our dreams. I hope to convey this message to anyone that is doubtful and to inspire them to fight for their dreams as well. 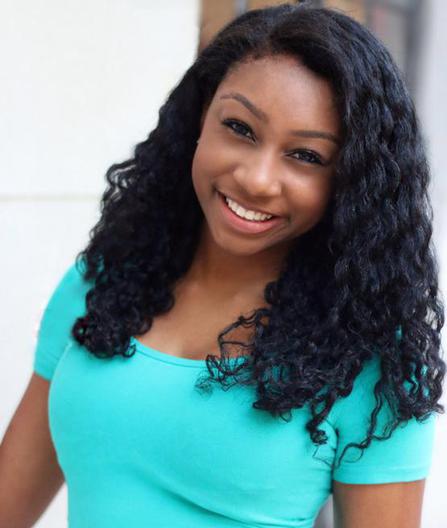 My name is Briana Gobourne and I am 17 years old. I am a senior at Half Hollow Hills High School West, and I am currently and have been
a resident of Wheatley Heights for 12 years. I am the youngest of four children to my two loving parents Andrea and Julian Gobourne. I have maintained High Honor Roll each quarter since the sixth grade, and I am enrolled in all honors and advanced placement (AP) courses. I am the President of the African American Student Organization, and a member of French Club, One World Club, Ictus Club and have been selected to represent the students of Half Hollow Hills in the Legislation Committee. I also am a member of the National Honors Society and French Honors Society. I have received various awards such as Assemblywomen Kimberly Jean-Pierre Citizenship Award, Half Hollow Hills High School West PTSA Service Award, A.A.S.O. Service Award ,“50+ Service Hours” by the National Junior Honors Society,
President’s Award, Principal’s Award, Student of the Month, a Proclamation
from the Town of Huntington, the Student Leadership Award from the
Excellence in Success organization, and theBob Grant Award for excellence in academics and athletics. I plan to study Political Science and Pre-Law in the fall of 2017 at Pace University.
Outside of school, I volunteer with the Concerned Father’s
Association, Gurwin Jewish Rehabilitation Center, and Venettes
Cultural Workshop. I currently dance with Broadway Dance Center
NYC and Venettes Cultural Workshop. I have also danced at
Eglevsky Ballet, Lumiere Ballet, and Variations Dance Studio.
I am currently represented by MSA Talent Agency for dancing,
acting, and modeling. I am also a part of the prestigious,
young company Abstrakt Beings, SHADE Dance Co. and
WRT The Collective. I was fortunate enough to dance
background for gospel singer Donnie McClurkin and young rap
artist T.E.V. I hold the title of Miss Teen Best Model of Long Island
(2014 & 2016) and a Pulse Protégé (2015) for the Pulse on Tour dance convention. I have received two gold medals in the Act-So regional competition representing Long Island (2016 & 2017), and I am so blessed and excited to have the chance to compete in nationals again this year. I have participated in the following theater plays: The Nutcracker (2007-2012),
The Hypocrite (2004), Revelations (2014-2016),
and The Wilsons (2012-2013).
Double click here to add text.